Wally Liaw has joined the company’s management team as the global president, responsible for expanding sales in the US and Asian markets, and will soon enter the Taiwan market. As 2CRSi's business spans server, storage system design and platform. Wally Liaw's contacts in the industry, the cooperation between the two parties has attracted the attention of the industry.

Wally Liaw is one of the three co-founders of Supermicro. Before leaving the company in 2018, he served as the chairman of Supermicro Taiwan and other branches. He also single-handedly promoted Supermicro's return to Taiwan investment projects, such as the Taoyuan Supermicro Technology Park , And served as a member of the board of directors for many years, and worked with the company’s colleagues all the way to promote Supermicro to become the No. 1 white card in the channel and the top five server manufacturers in the world. Because 2CRSi is an important partner of Supermicro, the joining of Wally Liaw deepens the relationship Cooperation.

Alain Wilmouth, co-founder of 2CRSi, said that he welcomes the joining of Wally Liao, who will help us accelerate our development in the US and Asian markets. His personal expertise and experience in the server and cloud market will definitely help the promotion of 2CSRi's various businesses.

Wally Liaw, President of 2CRSi, 2CRSi was established in 2004. Although young, the design quality and software and hardware customization capabilities of servers and cloud systems have been recognized by European companies. For example, the luxury car brand Rolls-Royce has adopted the company's products. In addition, France rarely integrates its business with server and cloud design, and is publicly listed. Recently, it has formed an alliance with Boston Limited, a major local server manufacturer in the UK, to make 2CRSi's overall market share in Europe reach a new high. Affected by the new crown epidemic this year, it highlights the importance of digital transformation of enterprises. 2CRSi will strengthen its business momentum to expand the market. In Asia, it has already placed its flag in Singapore and is expected to expand into Taiwan before the end of the year. 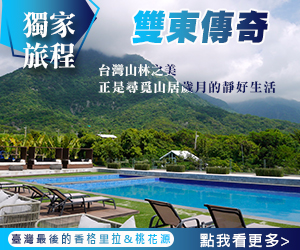